Out of the thousands of cases I read in law school, I’m embarrassed to say there’s really only one I can remember: “The Flaming Rat Case,” otherwise known as , 42 So.2d 395 (Miss. 1949), from first-year Torts. Daniels was an action for wrongful death brought by the personal representative of a machinist who worked at a manufacturing facility. Among other things, the employee was responsible for cleaning machinery, and his preferred cleaning agent seems to have been gasoline. On the day of his death, the hero of our story went into a small, 8×10 foot room to clean a piece of machinery. As it turned out, in the same room, there was a gas-powered heater fed by a pilot light. What happened next was presumably an explosion of Wile E. Coyote proportions. 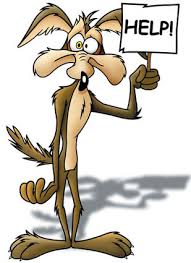 So why is this called the Flaming Rat Case? We have plaintiff’s counsel to thank for that. The theory at trial seemed to be that the explosion was caused by a rat who lived under the piece of machinery being cleaned. As the machinery was being soaked in gas, so too was the rat. When the rat had finally had enough, it scampered out of its 688彩票官网 to vacation in a drier climate, a/k/a by the pilot light. Then the rat caught on fire. Scared out of its ever-loving mind, the rat immediately ran back to its 688彩票官网 under the gas-soaked piece of machinery. Then . . . KABOOM.

At trial, the jury found for the plaintiff and held his employer liable for wrongful death. The company appealed, obviously on the grounds of “You’ve got to be kidding me.” In what universe is it reasonably foreseeable that a rat would get soaked by gas, find an open flame, and become a suicide bomber? However, the verdict was upheld by the Mississippi Supreme Court.

In law school, this case is presented as an illustration of the expansive concept of foreseeability. Oh, sure, no one could have foreseen the flaming rat, but it was foreseeable that using gasoline around an open flame could have caused an explosion. Therefore, even if the specific cause of injury wasn’t foreseeable, the general cause was. Or, at least, so the proposition was explained in school.

Well, faithful readers, today I’m going to propose an alternative reading to the Flaming Rat Case. One that doesn’t seem so contrived.

Although I think the Mississippi Supreme Court was amused by the flaming rat theory, I don’t think they bought it. First of all, there’s a proof issue here. Let’s cast a critical eye on the facts. The lawsuit resulted from a gas explosion in an enclosed space. Who was the witness? Anyone who would have seen the flaming rat would almost certainly have perished in the explosion. Notably, while the opinion discusses witness testimony, it does not mention anyone who could substantiate the flaming rat theory. More importantly, the court explicitly stated that the rat facts were inconsequential to its decision.

So why did the court affirm the plaintiff’s verdict? The court seems to have done so by referring to other theories of liability that could be established from the record. Those other theories are what we would now call “negligent training” and “negligent supervision.” The court’s opinion stated in no uncertain terms that the manufacturing company had a duty to warn its employees not to use gas around open flames. There was no evidence that the deceased employee had been warned. The court also held that, even if the employee had been warned, the company had a duty to enforce its policy against using gas around open flames. There was also no evidence of that. Because the breaches of these duties caused the employee’s death, it was appropriate for the company to be held liable. That seems like an open-and-shut case, and much more intellectually satisfying than making employers responsible for acts of God. Or . 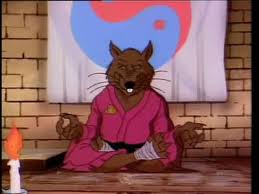 I love the Flaming Rat Case. Always have; always will.

But now, after this revisionist analysis, I kinda feel like the Grinch who stole his own Christmas.